Everything You Needed to Know About Aircraft Radio Scanners

We’ve all heard the myths and misconceptions surrounding 5G, from the health risks, the spread of Covid-19, and the upcoming era of Big-Brother-esque surveillance. In fact, millions of radio waves from as many sources are buzzing past you this very minute. The Wi-Fi in phones and computers, radio stations and TV channels, aircraft and traffic communications, radar and navigation systems, satellites and dozens of industrial processes all require radio waves to function. With the exception of personal phone calls and military and law-enforcement communication, you can use a radio scanner to tune into countless transmissions. And as technology has improved, these devices have gotten smaller, and become portable, meaning handheld scanners will let you listen in to almost anything, everywhere you go.

Scanning the airwaves has existed since the technology became readily available in the second half of the 20th century. Today it is used by hobbyists to tune into radio stations in other countries, to CB and Amateur radio, monitor air and marine communications, or even security and police transmissions. Though the last one is not quite legal, governments are moving to digital radio to avoid public interference. 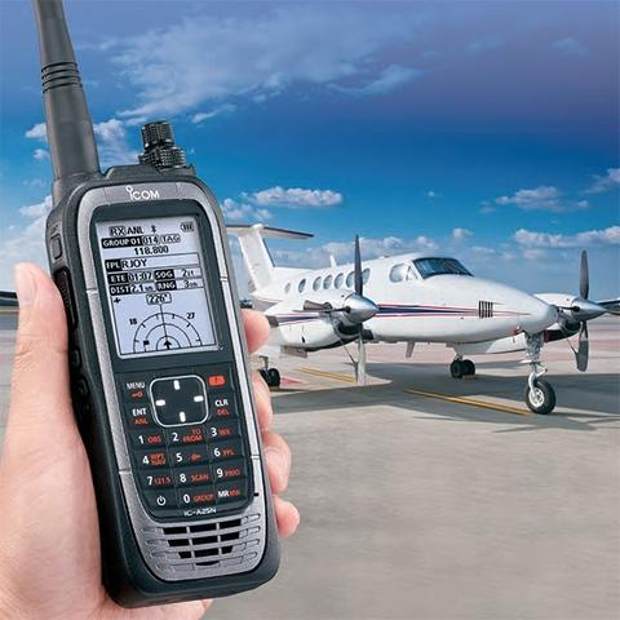 There are several types of radios used in aircraft. These allow pilots and air traffic controllers to establish, monitor and maintain communication and safety for all aircraft. Airband radios use VHF frequencies, between 108 and 137 MHz for two-way communication and navigation. Other low band frequencies used ranges between 66 and 174 MHz. Transceivers or transmitters and receivers allow pilots to send and receive messages from thousands of ground-based stations. They can be built into the aircraft panels, or are handheld.

For the radio hobbyist, aircraft radio scanner handheld can be used in the cockpit or on the ground to scan and search for transmissions in wide frequency bands, including Airband, VHF band, VHF low band and WFM Broadcast band. There are also panel-mounted scanners, used exclusively for aircraft communications, with strict guidelines.

All radio scanners, including aircraft radio scanner handheld types, have three basic functions. To receive transmissions, they can be set to Scan, Manual Scan or Search modes.

The Scan mode means the scanner constantly changes frequencies to pick up a transmitting signal. When the signal is set, it displays the frequency and locks it. Pressing the scan button again will look for the nest available frequency. Most models have programmable memory settings, meaning individual frequencies or stations can be easily and quickly accessed.

Manual scanning requires the user to press forward or backward buttons to scan through the frequency range. Even the most basic scanners have this function.

Search mode searches for radio frequencies within a given range set by the user. This is useful when searching for nearby available transmissions during flight. Stations can be memorised once the scanner has been locked on. Although sophisticated radio and GPS-based transceivers are becoming the norm in light civilian aircraft, even the cheapest and most basic scanners come packed with features. Technology has come a long way, packing a lot into the smallest avionics and radio equipment. As I mentioned aircraft scanners are either larger panel-mounted units or small, portable handheld devices. The latter don’t skimp on the tech found in their bigger brothers.

All scanners will have adjustable volume controls, with up and down arrows, interchangeable scan and search functions, buttons for frequency stepping and preset buttons for memorised frequencies or stations. High-end models have memory banks for storing a set of stations in different bands. To receive any type of signal, all scanners have built-in antennas that pick up transmissions in a wideband wavelength.

Upscale models feature numerical keypads, for entering the desired frequency and LCD or LED backlight displays, with more expensive models in pixel-rich colour displays. Additional features include delay buttons to emit signals from frequencies for short periods before moving on to the next available signal. Lockout or skip buttons are used to avoid interference in mixing nearby signals. Prices of scanners will vary by available bands, antenna sensitivity and overall features. 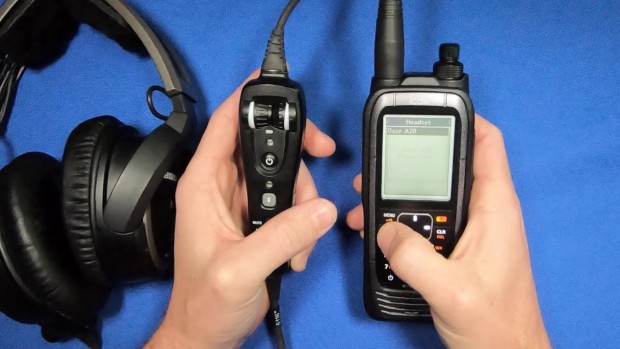 To get decent volume and listen to clear transmissions, scanners are compatible with different types of headsets. Either wired or wireless Bluetooth-enabled headphones can be used depending on available inputs. For better reception, separate antennas with higher sensitivity are used. For use in aircraft, these are sold with compatible mounts.

What Can You Listen To?

Though a wide range of frequencies can be picked up, certain government and private agencies and organisations use scrambling technology to make reception difficult or impossible. It is illegal to listen into private telephone conservations, and handheld scanners aren’t equipped with the band ranges to do so. Also, some countries have made it illegal to listen in to communications in emergency services, particularly police. Most governments, including Australia, are moving on to encrypted digital broadcasting in such cases, meaning analog radios and basic scanners cannot receive these kinds of signals. But for general use, like free-to-air radio stations, weather and traffic reports or in light aircraft communications, a small, inexpensive and portable aircraft radio scanner is an indispensable tool. Aircraft radio scanner handheld and all other avionics equipment are available from specialised stores stocking all types of gear for a range of aircraft.